Understanding human trafficking is fighting against it

The most widespread activity for which trafficked persons are used throughout the world is sexual exploitation. According to the UNODC, of ​​all the cases of trafficking registered worldwide in 2006, 79% corresponded to this modality, while the remaining 21% of the victims were trafficked for forced labor or other forms of exploitation.

Trafficking for the purpose of exploitation

This form of slavery, within the phenomenon of human trafficking, is what we especially denounce in Mumbai Smiles. Fighting peacefully against human trafficking and sexual exploitation is not an easy task when the socioeconomic context suffered by the victims is undignified and out of their control. Many young women and girls are lured by the promise of success in the big city. Others are kidnapped by force. All of them end up contracting debts with the organized networks that have captured them in their villages or in other countries, and to pay them they must practice prostitution.

But also, often, extreme poverty is the factor that pushes towards sexual exploitation. Mothers or young girls from families without resources who only have this option left to survive and be able to feed their children or pay the rent. The following video describes a situation that meant one more twist in the terrible reality of these people: the confinement that was experienced in India in 2020 due to COVID19.

We recover this video today, International Day Against Trafficking, to concretely make visible the situation of victims of trafficking for the purpose of sexual exploitation. Women are the direct victims of this form of modern slavery, but their sons and daughters, as this video explains, are the indirect victims and they also experience it firsthand. Suffering domestic violence, seeing their school life affected or falling into depression are some of these consequences.

To learn more about human trafficking globally, we invite you to read this report prepared by our team, which highlights the seriousness of the problem we are facing. With your help we can continue to fight peacefully against this evil.

MORE VICTIMS AND MORE EXPLOITED WOMEN
An overview on human trafficking in the world, with the most recent data. 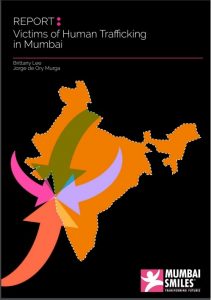 REGIONAL REPORT ABOUT HUMAN TARFFICKING
The reasons why the Asian region accumulates the highest rates of human trafficking in the world. 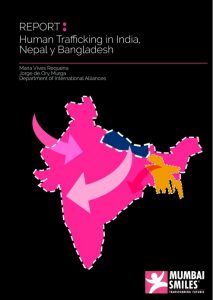