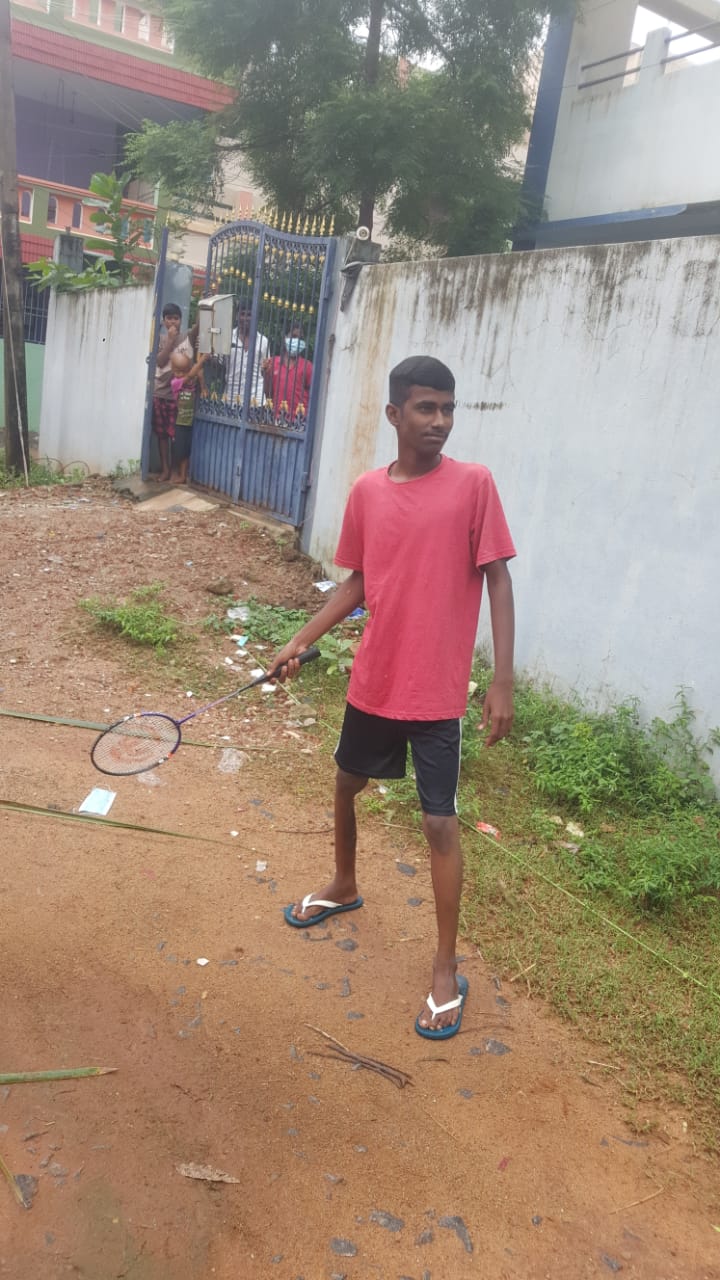 As you are aware, Following the merger with JAL, Leprosy Action Board, we made a commitment to continue their projects in South India. Among them is the Shine children’s home, which has welcomed children from rural areas near Pondicherry since 2017 while they undergo cancer treatment at the JIPMER hospital (Jawaharlal Institute of Postgraduate Medical Education and Research).

So this is being Nandhakumar’s home as he copes with his diagnosed sarcoma. A few months ago, the boy was studying secondary school in Polur Taluk, and lived with his mother, who works as a day laborer. His father passed away as a result of his addiction to alcohol. At home, only he and his 13-year-old little sister were left, since the oldest of her is already married and lives with her husband. Still, they face terrible financial problems on a daily basis.

This is probably why no one paid much attention to the young man’s swollen leg, until one day while playing soccer he felt terrible pain. That’s the moment when they went to the hospital and he diagnosed with sarcoma, due to which they transferred him to JIMPER Hospital in Pondicherry. It was necessary to receive three rounds of chemotherapy, which meant being in the city for at least a year.

Nandhakumar’s mother was literally downcast emotionally and very worried about how to deal with the new situation. The truth is that she found it impossible to face the expenses that this implied, so she was already mentalizing that she would take her son to her house and that she would die there. A decision that broke the soul of her and her child.

It was then that the hospital put them in contact with the project Shine and they were offered accommodation for Nandhakumar and the necessary support to face the treatment. What a change and a ray of hope!

The treatment has been very hard, but good nutrition and psychological support have helped Nandhakumar a lot. After chemotherapy, he had to undergo radiation therapy and perform an operation to improve the condition of his leg in February. There have been very difficult moments that have required a lot of strength, but little by little Nandhakumar has started walking again and is regaining the strength of his legs. We are satisfied with his transformation and we will continue to accompany him in this process. Get going Nandhakumar!

¡Thank you for making it possible!