On March 8 we commemorate the femicide of a group of textile workers who were burned to death in New York while claiming their labor rights more than a century ago. During all these years, 8M has become a symbol of the fight for real and effective equality around the world and a tribute to the women who every day, and at all times, have fought in one way or another for this equality.

At Mumbai Smiles, we have worked and always work hand in hand with women from the most disadvantaged communities in Mumbai. They, the bravest of India, have achieved significant changes in their lives and also in the community as a whole. Project managers, teachers, assistants, mothers, daughters, grandmothers, victims of trafficking or members of homeless families, all of them are an unstoppable force that manages to transform futures by claiming equality, access to opportunities and the recognition of Rights.

Today, we want to tell you a story that summarizes very well how the changes we make in our own lives, can be very positive changes in our environment. 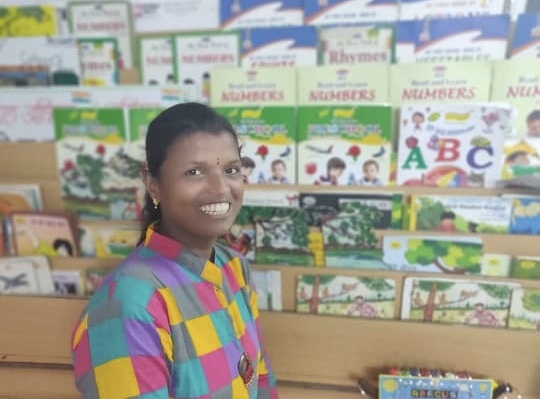 This is the story of Varsha. We have already spoken to you on different occasions about her. We have told you that through the Jump2Justice project how she managed to educate her daughter and also how she was trained as a teacher and became in charge of one of our preschools.

These achievements are already valuable to us, but if you know their journey, this value increases exponentially and nor that Varsha had been very very strong and courageous to achieve a dignified and happy life for her and her family.

Varsha is 29 years old and married at 17. She has been working since 2019 as a teacher at Mumbai Smiles preschool. Two years ago, and partly thanks to the security and autonomy which offered her a job, she separated from her husband and now lives with her two children, 12 and 7 years old, close to her parents. Varsha has been abused for years by her husband. With great courage and effort, she has managed to break away from this situation and not only that, she has also decided to use her example and her experiences to sensitize other women. Since January, he has led the talks that we organize on sexist violence for all the communities with which we work, since raising awareness and reporting the facts are essential to put an end to this scourge that continues to add deaths and cases of abuse and mistreatment, all over the world.

For this reason, on a special day like today we wanted to talk to her and learn about her experience in her own words.

Varsha, how was your childhood and your life before marriage? 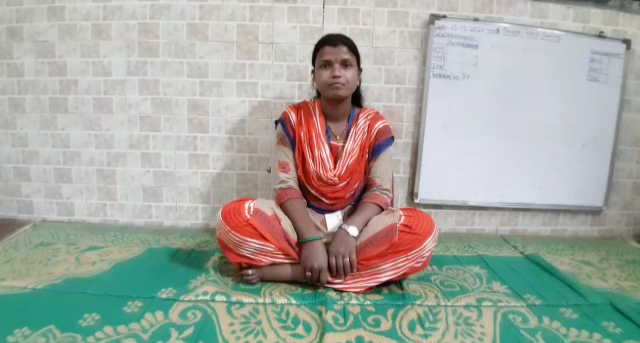 I was born and raised in Mumbai City with my two sisters and one brother. My mother used to do housework and my father was a daily wager. He was also an alcoholic so my mother had to go to work to earn money. Due to the financial situation of my family, none of us received a good education. My sister got married when she was 15 years old. And it was a very stormy relationship. When she left, I was the oldest, so I had to quit my studies in 9th grade to help my family and get an income. I started working in a clothing factory. I was earning Rs. 2000 (about 23 euros) for 8 hours of work. But I was proud to help my family. 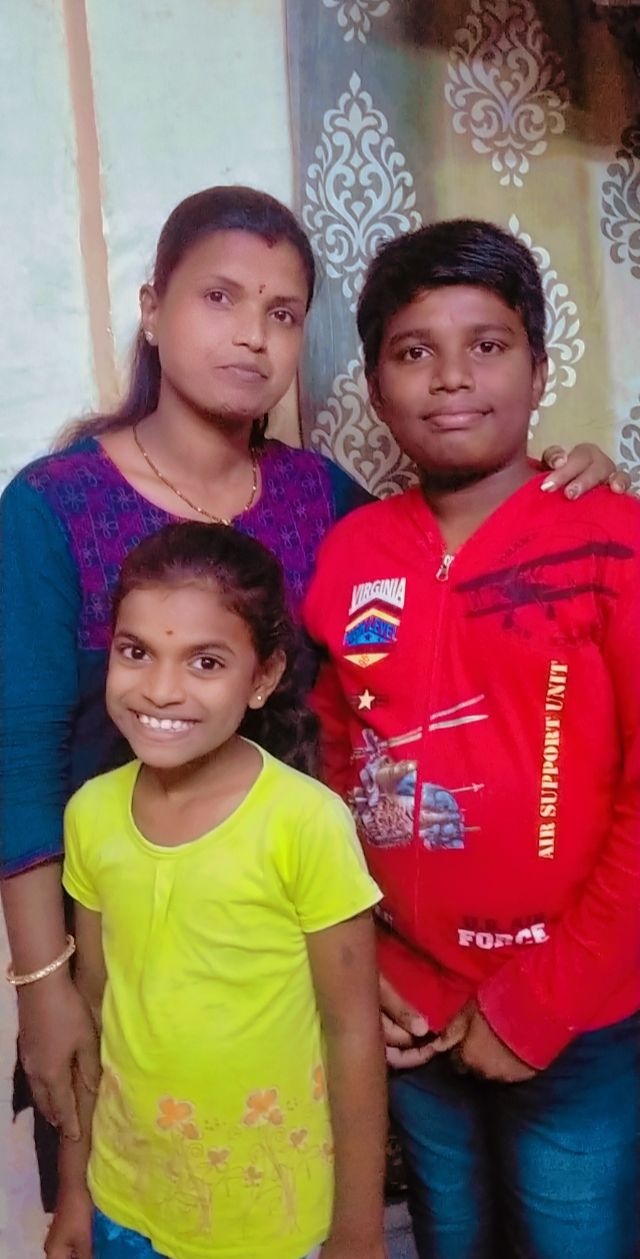 When you got married, did your in-laws and your husband support you?

When I was 17, a relative suggested to my parents that I marry a man 10 years older than me. He was better off, so we couldn’t refuse. Soon I got married and left with my husband and the family of his older brother. I hoped to have a better life than my sister’s, I accepted everything as it came and trusted my luck. I was wrong. Shortly after I was married, my husband began to beat me every night. He used to treat me like an unknown person and he ignored me. He was an alcoholic and spent his entire salary on his addiction. He did not allow me to work or let me live at home in peace. Still I hoped that everything would change. I never stopped doing my work and trying to support him. During the last 12 years I have suffered a lot. I suffered physical injuries, I have had depression. I even tried to hurt myself to end my suffering, but my husband prevented it and he continued to torture me every day.

Did you seek help from your family?

When I was pregnant with my first child, I went to my parents’ house for the delivery and my family realized the real situation of my marriage. My mother was worried about me. However, she was unable to face society. She suggested that I should accept life as it was and that I have faith. However, the situation did not improve. We had to leave my brother-in-law’s house. My father suffered a paralysis attack and left us within a week. I couldn’t bear the loss. My mother was helpless. While we were going through this, I got pregnant with my second child. Although I did not want to have that child, my husband did not allow me to have an abortion. I realized that my mother was in no condition to support me and kept silent.

What gave you the strength to change your life?

In 2010 we moved close to my parents, and Mumbai Smiles was opening kindergartens in the area. My children studied in them. Later, the Foundation also helped me to get my daughter to school. Meanwhile, my life continued with all its difficulties, but now I felt that I had more support thanks to the Mumbai smiles team. Also during the pandemic, their support has been essential to move forward.

When in 2019 I decided to separate from my husband, thanks to the support of the organization I was able to finish my studies and get a job as a teacher in their preschools. I managed to fulfill the dream of being in front of one of them! This was key in deciding to break up with everything, I felt strong and safe and I fought for myself and my children, ending my relationship.

Now I have the opportunity to offer these awareness talks to the families of the preschool students and help more women to stop suffering as I did.

How are these sessions?

In the first session we explained what we mean when we talk about abuse and mistreatment because many women are not aware that this is sexist violence and you can say NO. We explain the types of violence against women and how to have confidence and resources to deal with it.

Where do you see yourself in the future?

In the future I want to conduct more sessions where I can educate more women about what violence and abuse against women is and make them feel strong and safe to fight against it.

Give us a message:

I believe that every woman should respect herself and remain financially independent. To avoid any type of domestic violence or domination we must educate our sons and daughters in equality and with the conviction that respecting the rights of all people is basic.

Thank you very much Varsha for sharing your story. You are without a doubt an example, and a source of inspiration.

In the video you can hear her speak with passion about her work and her experience offering these awareness talks,

At Mumbai Smiles, since January 20, 2021 we have organized 10 talks and 196 people have participated in them, most of them women, always with Varsha at the helm. We hope that with your support we can continue working in this line and achieve prevent violence against women in any of her sessions through education on equality.

It is vital to ensure that abuse and mistreatment have no place in our society and we can stop adding victims, whose lives matter a lot.

Together we are unstoppable!