Two hours by car, about 85 km, which is the distance between the city of Mumbai and shapur (always by taking into account how traffic is in India). Both are in the state of Maharashtra. The second is a small city of about 12,000 inhabitants surrounded by rural areas.

It is in areas where the prevention work is essential, to prevent more people from falling into the hands of human trafficking and exploitation networks. The lack of opportunities and poverty are some of the causes that lead many people, mostly women and girls, to accept offers, work or love, which are nothing more than tricks and end up being hell in the brothels of the big city.

And this is precisely the task of a group of 15 volunteers who are carrying out multiple awareness activities in this areas. These women are known as ASHAS (Accredited Social Health Activists). Mainly they are organizing talks. Between June and January they organized 52 sessions, and to date 2,090 people have participated in these activities.

Another of its main objectives is to build a solid network of people trained in this subject. People who have an important role in their community: teachers, young people, women members of Self Help Groups, etc. They are essential allies. Our volunteers emphasize prevention but also how to act when you want to start an operation to rescue someone from this situation.

Many of them comment that they have always been aware of cases of disappearing people and exploitation, but also that until now they were not aware and convinced that the fate of these women or girls could change. Until now, they simply resigned themselves to it, now not anymore. And this conviction is above all what they want to sow in their communities.

Thanks to the efforts of women like them and the commitment of people like you, we will be able to continue our determined action to combat human trafficking. You too can stand up for victims and survivors #breakwithtrafficking. 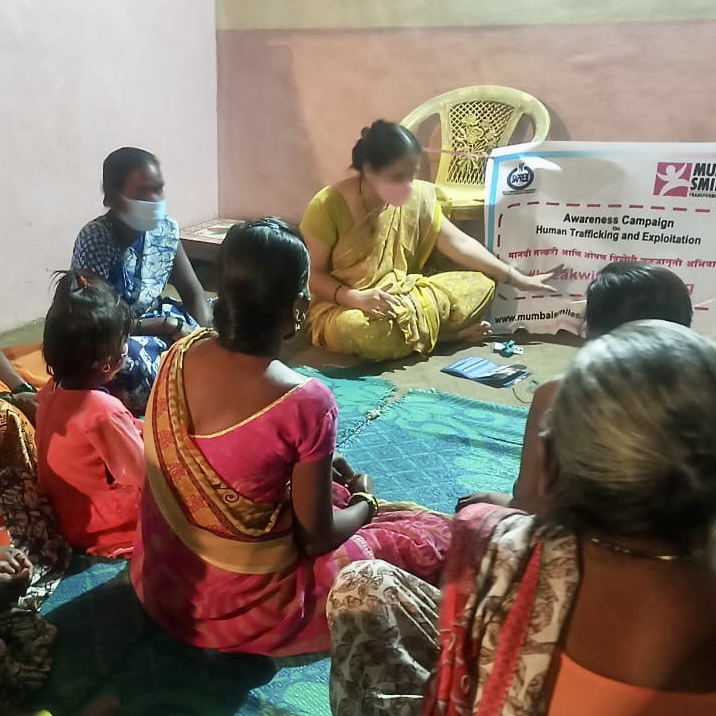