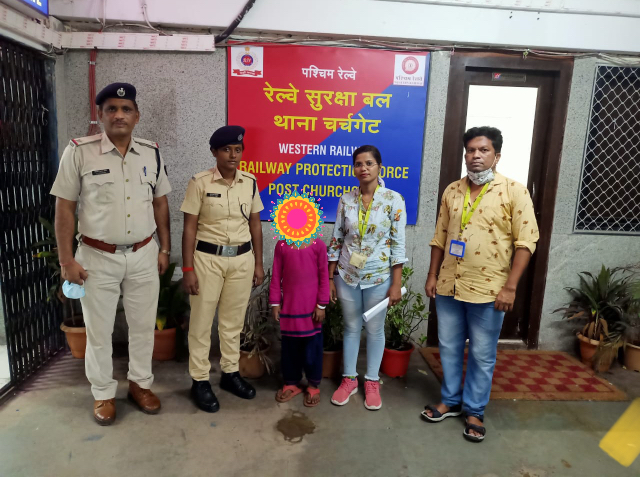 The disappearance of a son or daughter is one of the worst nightmares a family can experience. This is true anywhere in the world. but for families with few resources and when it seems that some lives are worth more than others, the situation can be unbearable.

This is the case with Naisha. On November 21 at 8:30 in the morning, the girl left home to go buy some spices that her mother asked her to get. When she had not returned after almost half an hour, her mother ran out into the street to look for her. Nobody had seen it, not neighbors, not in stores … nobody! Being very nervous, her mother called the girl’s father at his work place and they spent the day looking for her. The neighbors helped them, they covered the entire area, but nothing helped.

At midnight, they went to the police station to report the disappearance. The police also started looking for her, but nothing happened. On November 29, the police inspector contacted Mumbai Smiles, as they received the result of the work carried out by the organization’s rescue unit, consolidating networks with key agents for the resolution of these types of cases and by protocol the case passed was to be considered as a potential case of human trafficking.

We quickly got going. The first actions we promoted were contacts with all the organizations with which we network to see if anyone had any information, as well as with other police stations, and with transport units. A series of contacts that we have been forging since 2018 and that amount to almost 200.

The proximity of Naisha’s house to Ram Mandir station raised the suspicion that the girl had boarded a commuter train to Borivali or Churchgate. So we insist on contacting the security agents in charge of the station. First, they denied having any information, but the agents in charge of the Railway ChildLine confirmed that on November 21, they found a girl who was according to the description received at 7 p.m. and was transferred to a girl’s shelter in the government “Balika Ashram” in Dadar that same night.

Quickly through the photographs they confirmed with her parents that it was her. Finally, a little relief which reduced the anguish. On November 30, they were able to identify in the presence of the girl’s parents at the center. Despite everything, the family does not understand how such a situation could have happened. Undoubtedly, a police malpractice, which has taken the girl to a foster home instead of taking her to  her parents. And later, the lack of action on the part of the foster home or the slowness of the administration, which did not allow the family to return home together, until December 1.

Even so, the parents and the girl are grateful for resolving the case, but how can a 14-year-old girl get there and experience such helplessness and isolation? The malpractice of the station security officers who should have contacted the police made the search very difficult. Unfortunately, in a city where thousands of children live alone on the streets, their lives are worth a little, and the suffering of their potential families has no value. For this reason, at Mumbai Smiles we work strengthening this network of organizations and institutions and conducting training to guarantee the well-being of children, to prevent negligence like this from affecting more children and their families in this way.