A goat has changed Aswini’s life

Aswini lives in Satkhira district, Bangladesh, she is 14 years old and has just overcome one of the worst moments of her life, and to a large extent thanks to the entry of a goat in her life. We want to explain how.

When Aswini’s mother was pregnant with Aswini in 2007, strong arguments began between her parents. They were a young couple, especially her mother. She was a young woman, left with her parents by her husband. Lot of relatives and people from the village mediated in their personal matters, however; it did not help. When Aswini was born, her father forced Aswini’s mother to go to her parent’s house, but living together was a disaster and he finally asked for a divorce. It was a real drama for the family, but they got divorced.

She has been raised healthy and strong. She was good at school, however; sometimes her grandparents, who could not get help from anyone, could not support her or pay for her studies. So they began to think about marrying her off. Aswini abhorred this idea but she got no help from anyone, nor could she go to her father who died when she was 10 years old. So one day, Aswini left, she lived hidden in her village, until some neighbors found out about her situation and they informed it to the organization with which we work in Bangladesh, Agrogoti Sangstha. After several sessions with her grandparents and with Aswini, it was decided to provide Aswini a goat, which would be a source of income for her house that would allow them to cover her expenses and allow her to continue studying.

And that’s how this goat has meant so much in her life. We hope that it will be of great help to her and that in the future she will have more support and resources. We want to stay by her side. 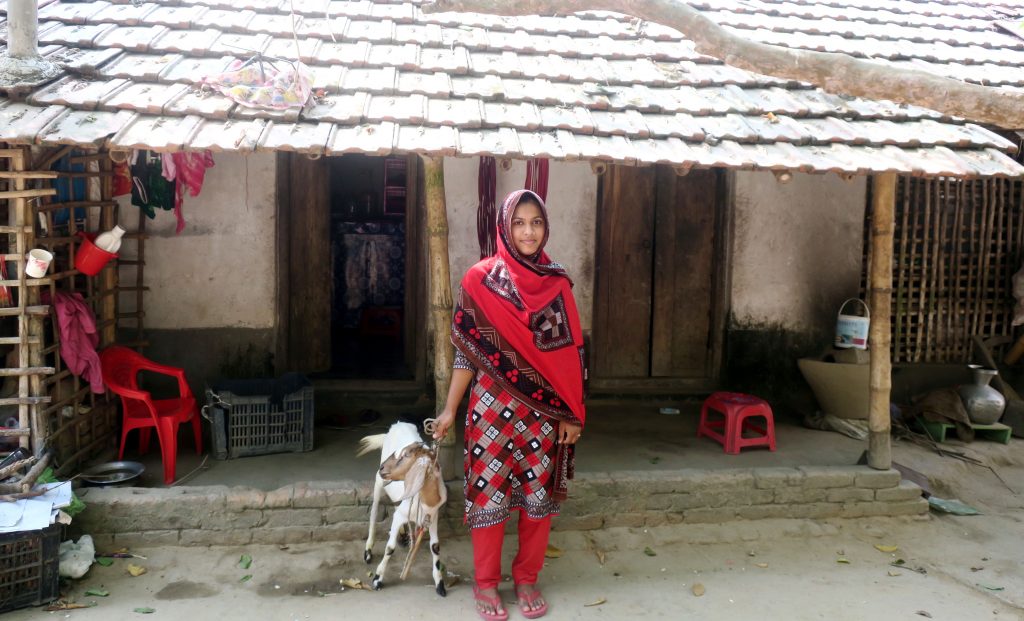