23 September, a day to defend 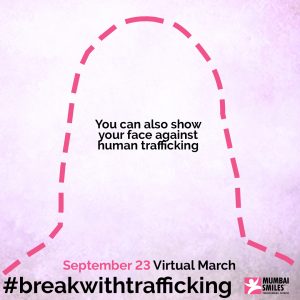 In January 1999, the World Conference of the Coalition Against Human Trafficking and the Women’s Conference  in Dhaka, Bangladesh was held. At this meeting it was agreed to establish September 23 as the International Day against Sexual Exploitation and Trafficking in Women and Children, commemorating the approval of the Palacios law in Argentina; the first law that was passed around the world against the sexual exploitation of children, then known as “corruption of minors”. It was September 23, 1923.

Since then, every September 23, the organizations that work against this scourge focus on the victims and survivors of human trafficking, to underline the importance of strengthening the mechanisms to detect criminal networks that exploit children and women. We ask for the involvement of all sectors of society and governments to act to eradicate this problem.

Also, other international days that are celebrated under the auspices of the United Nations are also important, such as the World Day Against Human Trafficking (June 30), however the day of September 23 serves to emphasize three essential aspects in the problem of Human Trafficking: sexual exploitation is the main objective of trafficking, the fight against sexual exploitation is the fight against trafficking, and those who suffer most from it are the most vulnerable people: children and women.

From Mumbai Smiles, we invite you to be part of this journey in memory of the victims of human trafficking, to join forces and continue rescuing and supporting survivors in their recovery and to say, enough! to an unacceptable form of slavery in the XXI century, which violates the human rights of millions of people around the world. How?: