Rumita: Nothing can stop us 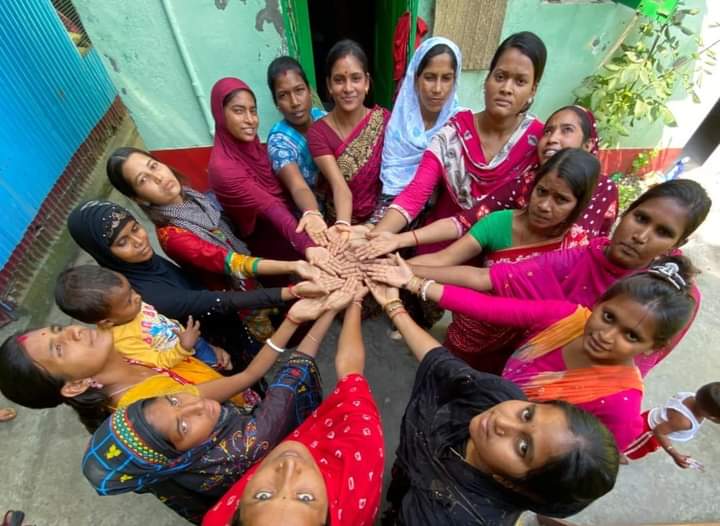 Rumita, name changed to protect her identity, is 16 years old, in grade 10, from a small town called Ramchandrakhali, about three hours from Kolkata. Today, she is an active, confident and committed young woman who participates in the youth groups of the Suraksha project, which the West Bengal organization, with which we work, promotes to prevent the dangers of human trafficking. These are the young people who, with their attitude and actions, transmit information and values to other young people in their communities.

The young Rumita participated in one of the sessions that we usually organize in different locations to offer information on how to prevent more people from becoming victims of trafficking networks. During one of the sessions, Rumita commented that she wanted to discuss an issue in private. After the session, at a meeting at her home, she explained that she had tried to prevent a child marriage in her neighborhood. She did not act alone, she did it with two other classmates from her school.

The issue was that the neighbors got angry and threatened the families of the three young women. The families decided not to let that happen and filed a complaint with the police. They did not want to be afraid, and they continued with their normal life, but one afternoon, when the girls left from school, they were stalked by a group of unknown youngsters, on the way back from school. After that incident, girls didn’t go to school for a few days, out of fear.

Just then they learned that Suraksha was organizing the awareness sessions and they decided to participate and to report the facts. After this conversation, the organization was able to establish contact with the three families and could insist on the importance of not dropping out of school, because the future of their daughters depends on it and also could insist on creating a community and feeling capable and safe.

Since then Rumita and her friends go to school again and are part of a group of young people who fight peacefully for the rights of their community and against human trafficking. They are a very active and committed group and they will surely ensure the good development of their community.