“If you are not fair, you won’t find groom”

“If you are not good looking and fair you will not get married”, is a common dialogue not only in conservative families but also in educated, well cultured Indian families. In the 21st century women have been successful professionally in their career and rubbing shoulders with men as equals, sometimes also managing superior positions to men at work. As though being successful professionally is not enough, women are also managing on the home front as well as job front very skilfully. 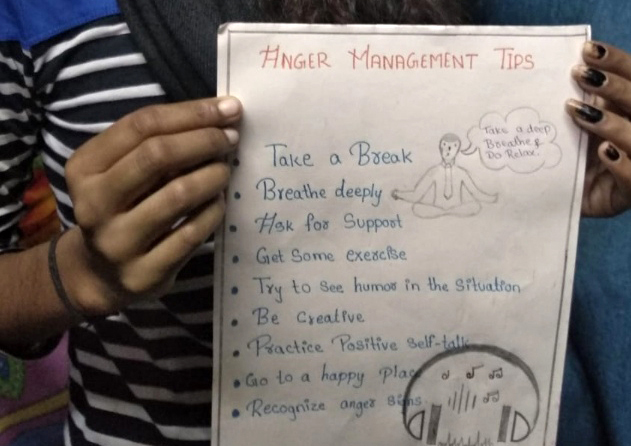 Anika’s mother is a victim of human trafficking. For this reason, Anika’s name and picture is protected. She came to be a victim too, when cultural misbeliefs tagged her face as “not fair enough”. Now she is recovering phisically and pshicologically of a treatment not only wrong by the sequels in her face, but in her self-steem.

However, it is extremely sad that they are still having to face this discrimination from their own family and also their own mothers on the basis of looks and color. We believe that the family is our confidence and our strength but when we hear of such comments from family members, we can hardly expect the society to accept our daughters, wives with respect.

The women are often looked upon as a commodity being judged on the basis of their color and their beauty and not on the talent and skills they possess. Anika (fiction name) is among those victims who have suffered a lot to fulfil her mother’s wish. She is 14 years old and our LSE (Life Skills Empowerment) beneficiary. Her mother is a victim of Human Trafficking. Being a mother, she wants her daughter to have a normal and healthy life and doesn’t want to suffer in agony of a life which she had. Anika’s mother always dreamt of a normal and healthy good life for her daughters away from the suffering, pain and humiliation she herself had to endure. However, she is also a victim of a cultural pressure and expected the same from her daughter, Anika, who is not as fair as her elder sister.

During one of the online LSE sessions we observed that Anika had her face covered. When questioned, she replied that it’s a reaction of her beauty cream she had been applying to get a fairer skin tone. When we insisted her to speak more about her condition she informed us that her mother and her sister gave her the “fairness” cream so that she would be as fair as her elder sister. However, they were not sure about the quality of her cream and she got rashes after using it multiple times.

One of our team members, LSE Field Coordinator Ms Prafullata, talked to her mother and explained her how dangerous using unknown creams on the delicate skin of a 14 year old is. Also, explained her how this could damage her skin permanently. Later, during the counselling we made her mother realised how they should focus more on Anika’s qualities and not discriminate her for having a dark skin because Anika is a very kind and responsible girl. She has a lot of good qualities for which they should be grateful. After multiple counselling sessions Anika’s mother understood the matter so she supported us during Anika’s face treatment to become like she was before using those creams, and now she is happy to see her daughter improving day by day.

It is very important for a woman to be respectful with one another, treating them equally and not judging them on the basis of looks and color. It is only then that others would treat women with respect and eventually lead to a more evolved community.