When Failure turns out to be a New Motivation 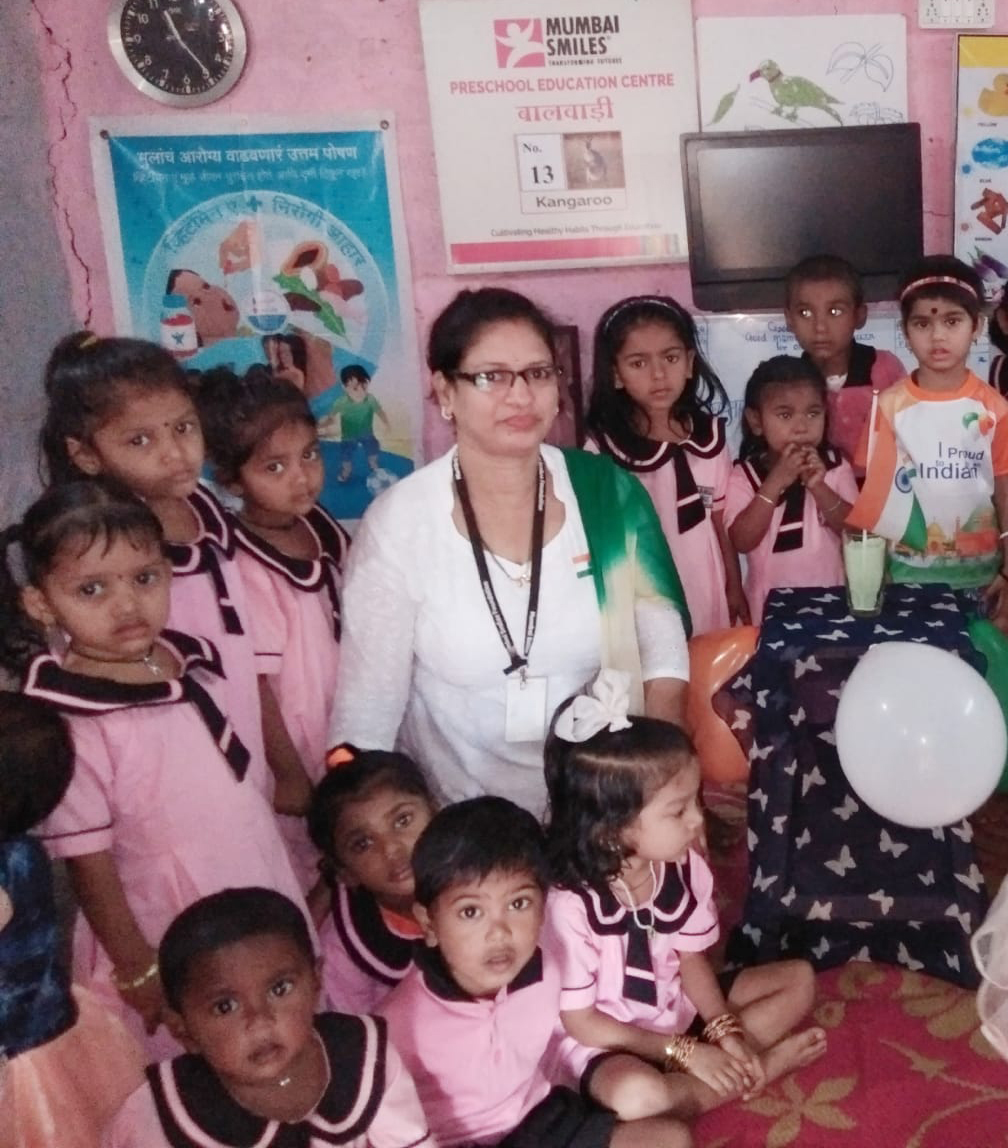 Surekha Dhadwe is a 48 years old preschool teacher working with Mumbai Smiles Foundation since 5 years and this is her inspiring story.

Surekha was born and raised in the slums of Marol pipeline, Andheri along with her 7 siblings. Her father was a car driver and her mother was a homemaker. Despite having financial problems, her parents never discriminated against their children and always wanted to offer equal opportunities to all their children and see both, their daughters and their sons succeed in life. However, Surekha could not complete her education after 9th standard. Instead of sitting idle she planned to take some family responsibilities and started working in the factories as a daily wager.

Though her parents were liberal with their children they were against inter caste marriages. Therefore, when Surekha was 21 years old and showed her interest in a boy who was their neighbour but from a lower caste her parents did not support her. Going against her parent’s will, Surekha showed courage and got married to the same boy. Marriage poured in additional responsibilities on Surekha. After marriage Surekha had to support her husband’s family as her husband was also not very educated and his salary was not enough to support her 3 brother in-laws and their families. However, she never asked for help, neither from her parents nor from other neighbours. She supported her family by doing household work such as cleaning utensils, washing clothes in her area and surroundings and thus maintained her self-respect.

Surekha and her husband wanted their children to have a good life and did not want to see all those difficulties and suffering they have had to endure, including not completing their education. Surekha’s husband has been very supportive and always believed in the importance of education.

Later, when their daughter and a son were independent enough, Surekha started looking for different job opportunities and luckily her neighbours and Mumbai Smiles Foundation team members Smita, Field Coordinator forButterfly Project and Prafullata, Field coordinator for LSE Project, suggested her to apply for a preschool teacher job with Mumbai Smiles. Soon she appeared for interviews and got selected as a preschool teacher.

With her job going steady and children getting educated, everything seemed to be falling in place. Life seemed promising after a long time, although Surekha was aware that this was the time to work harder to ensure a secure future. However, this phase of happiness was only short lived when Surekha’s son failed to pass her 10th standard exam and subsequently lost his interest in studies.

Failure is just another chance to succeed 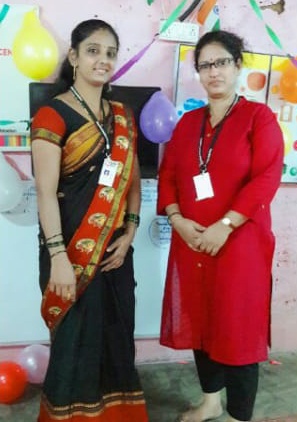 History was repeating itself in her son’s life and Surekha’s world came to a halt. However, having tasted success in the form of a better life, Surekha was determined to fight for it. She gathered herself and stood confident and motivated her son to start studying along with her. Surekha was happy to handle her new job while studying with her son. After 5 years into this journey together, they completed their graduation from the Yashwantrao Chavan Maharashtra Open University. Not only was she happy to see her son successfully completing his graduation and thus paving the way for securing a job, but the entire journey had also left Surekha feeling more confident for herself.

As a couple, Surekha and her husband have been motivating their children in pursuing whatever they wish for. Her daughter who loves cooking wants to have her own digital channel in which she would like to publish her recipes. Financially it’s not as easy as it seems but Surekha and her husband are standing by their daughter to support her innovative ideas and help her pursue her dream.

Now, Surekha is happy with what she has and in the future she wants to dedicate her life to social work because she thinks that there is more happiness in helping others than earning money. Surekha is a symbol of motivation and inspiration for one and all.

As Winston Churchill once said, “Success is not final, failure is not fatal: it is the courage to continue that counts.”