Dress up to impress! 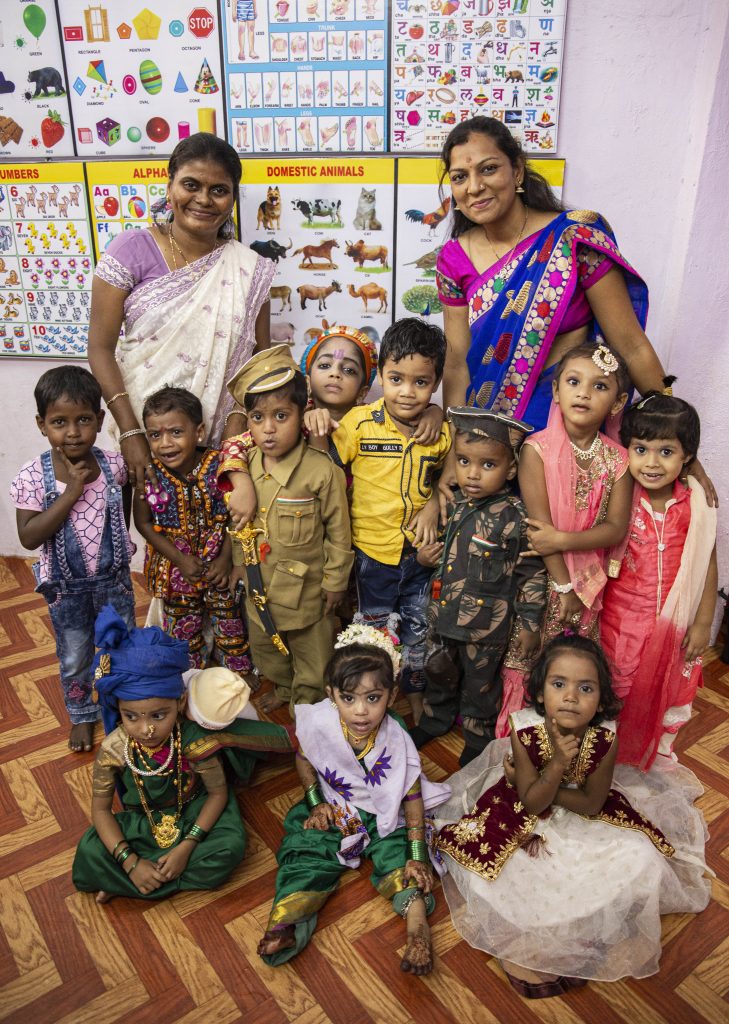 On September 30, 2019, Mumbai Smiles Foundation organized a fancy-dress competition in its preschools. Over 790 kids participated, highlighting the success of the event. 278 were from the Preschool Education Project, while another 512 were from the Livelihood Project. Children, attended the event dressed as social acitivists, helpers, and even as religious figures.

The fancy-dress competition tends to have a positive effect on students as their grades, behaviour and school completion work, have all improved, which in the long run indicates that they are on the right path to becoming better adults. The fancy dress event also became a platform to advocate important social messages where our tiny tots transformed into little change agents for the day.

During the competition, both students and parents demonstrated their creativity to the maximum, with students dressed as famous personalities and social activists, and also costumed for social awareness massages like “Save the girl” and “Save water”. All the students seemed extremely delighted with their outfits.

It was a break from the normal routine for students and they were glad that such a fancy dress event was organized.