Begum: when the solution turns into a nightmare 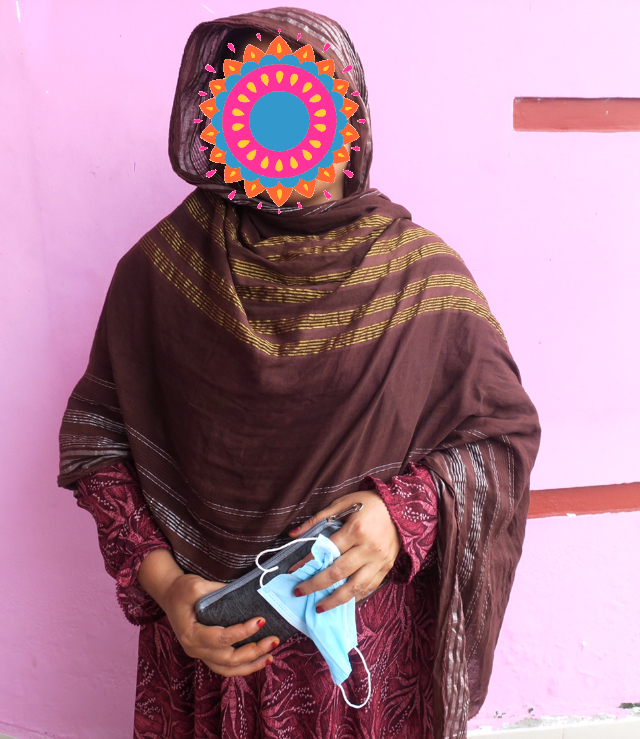 Begum: in search of solution

Begum is 34 years old, she is the youngest of 4 siblings, one boy and two girls, who lived with her parents in Satkhira district (Bangladesh). They married her when she was 13 years old and was studying in 8th grade, to an electrician older than her. Within a year after getting married, Begum stopped studying. At the age of two she had her first child and at 17 she had her second child. For her family, due tot eh poor financial condition, reaching till the end of the month was complicated and over the years the situation worsened, since her husband couldn’t manage to find work everyday and therefore, return with without money.

A few years ago, Begum, overwhelmed by the situation, asked her husband to work herself. He agreed, but days passed and she didn’t get a decent job either. She was desperate, she found out about a training to get a job as a cleaner and she convinced her husband to sign up.

After 22 days of training, the agency offered Begum a job in Saudi Arabia, as a house cleaner for a small family with a good salary. Also, if she was not well once there, she could change her family. After many conversations, her husband agreed to have Begum accept her offer.

When Begum communicated it to the agency, they informed him that he had to pay first for the necessary paperwork to travel. Some procedures and expenses that were increasing and that the Begum family managed to cope with with great effort and incurring some debt, which they hoped to pay off with future salaries. Once everything was in order: passport, medical certificate, etc., they announced to Begum that she should go to Dhaka to continue the process that she had started three months ago.

Thus, in the middle of September, Begum left for Dhaka. After a full day in which another office of the agency devoted themselves to reviewing the documentation once more, they informed her that her flight was leaving in 4 days and that she had to be back in Dhaka the day before. When Begum arrived in Dhaka ready to start a new phase, she found herself in a hotel room, with 40 other women in the same situation. They were taken to the airport and on September 21 they arrived in Dubai. After a day in the city, they began a trip in which they left the women in the places where they went to work. In her case, it would work for a single man.

When the solution turned into a nightmare

On September 24, Begum was already at her workplace. The first two or three days everything went well, but not a week had passed, when one night her boss showed up in her room with the intention of raping her and so it was. The worst thing was that the situation was repeating itself day after day. Begum was very scared, alone, ashamed, afraid and she did not know what to do. A week later she managed to talk to her parents and explained the nightmare she was experiencing. Unfortunately for her, her boss listened to her and forbade all communication. When the month was over, her boss did not pay her agreed salary either and told her: “I have hired you for two years, when you leave, I will pay you.” Begum’s mental and physical state was getting worse and worse. And everything was getting worse, as he stopped feeding her properly and she was definitely weak and ill. She worked non-stop during the day and at night she was sexually and violently tortured.

On an occasion, Begum also had to go to clean the house of his boss’s sister. One of those days she managed to contact his agency and explained everything to them. The result could not be worse, since they did nothing for her and explained it to her boss. That day she received a horrible beating and locked her up for days. Finally, Begum threatened to commit suicide. To her surprise, in response to her threat, he released her from her and gave her money to take the bus to the city and find a way back home. Desperate, Begum managed to contact the embassy and on December 15, after 15 days at the embassy, she managed to return home. A two-month-long nightmare that Begum is still dealing with, as going back has not been the end of this drama.

The fight to recover her life

When she returned home, the situation was very tough. She was not well received by her husband and her children, angered by everything that had happened and by the debt incurred so that she could do that job. She was in a great  frustration and sadness for a long time. Begum had been struggling to get money, to fix this situation and to be accepted by her family again. But she is very weak emotionally. A few months ago they identified her case in Agrogoti Sangstha, the organization which works with in Bangladesh to support victims of human trafficking and prevent more women from experiencing dramas like this. Since June she has been going under counseling sessions and psychological support. Slowly, she has started feeling stronger and has as a small business project to start. She is also offering help to meet the most basic needs of her family.

We hope that slowly she can resolve her financial situation, as well as heal her wounds and make her and her family understand that she is not guilty of everything she has experienced. Reaching this point will be key so that Begum can let go of this burden and feel free and loved by her family. Without a doubt, we are determined to accompany her on this path.

*In this story we have modified some information to protect the identity of this woman and her family.