What is Human Trafficking?

What is Human Trafficking?

September 23 is known as the International Day against Human Trafficking and Sexual Exploitation of Women and Children, a day to highlight and vindicate the intolerable situation suffered by millions of people around the world, and which is the main focus of our work from Mumbai Smiles, in the areas where we work: India, Nepal and Bangladesh.

Human Trafficking is a concept that is often used at the same time as Human Smuggling. However, they are not the same and it is essential to understand the nuances that one situation and another can create.

Many of the trafficked women and girls we work with in Bombay come from Nepal or Bangladesh, but many others come from rural areas in the interior of India. In both cases we are talking about trafficking, since the objective of capturing these women is always sexual exploitation, and it is always through coercion or deception. The problem is that, furthermore, if they come from another country they unknowingly commit a crime of illegal immigration, which has caused an organized network of migrant smuggling. 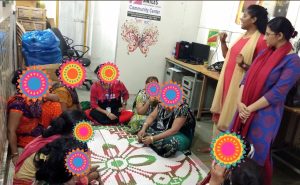 For this reason, the legal situation of people caught in trafficking is so complex and it is so difficult to report and prosecute the networks behind these crimes.

In reality, in both trafficking and smuggling of migrants, there is an organized network that is taking advantage of a person’s vulnerability to use it with and for a benefit. In the case of trafficking, there is coercion or force towards the victims, but from the moment a person is subjected to need and poverty, he is no longer free to choose, and is at the mercy of those who want to take advantage of his despair.

Human trafficking is a complex and nuanced phenomenon. It is necessary to understand that we are facing a global problem, which is becoming more serious and that the current pandemic situation is worsening. Millions of people, jobless, homeless or unable to go to school are now even more exposed to being captured by trafficking networks.

That is why it is necessary to act.