Violence against women: a pending issue

25N, International Day for the Elimination of Violence against Women

During the year we have been informing you of different cases of sexist violence that we try to deal with by accompanying the women of the communities with which we work. They are many and different, since sexist violence can take and take many forms. Today, on the International Day for the Elimination of Violence against Women, we want to once again denounce this problem that affects societies around the world. A problem that we pay attention to 365 days a year, but today we want to make it visible again.

A lot of social pedagogy is necessary to be able to overcome this worrying and violent situation, which costs lives, and which places men and women at unequal levels, surrounded by impunity. Other factors are also necessary to escape a situation of violence, such as the support of the judicial and police spheres, decent living conditions and access to public services. For this, a social and political consensus is necessary, which puts people at the center. 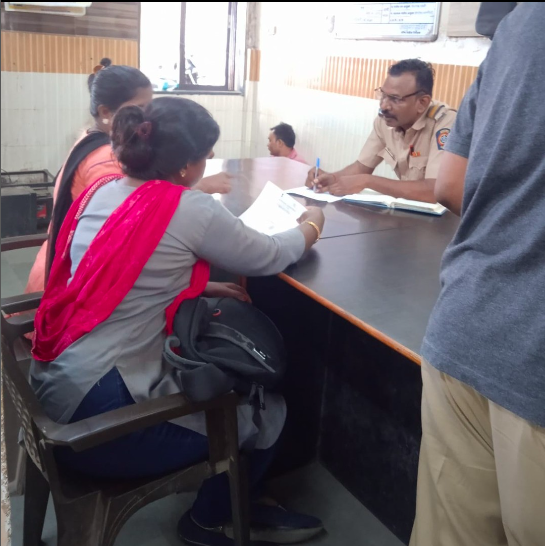 In the month of May we told you that we were accompanying Shreya and other women, so that they can report cases of sexist violence perpetrated by their husbands. We denounced that sometimes the police officers minimize the situation and do not attend complaints properly.

This was the case with Shreya.

After many episodes of aggression, she gathered courage to go to the police station, where they told her in other words that if she would have taken efforts to take care of her husband, these episodes would not have happened again.

These cases are not widespread, but they do occur. For this reason, Shreya went to Mumbai Smiles and we returned with her to the police station and explained what had happened until the complaint was registered.

Shreya was assigned a public defender who is not taking the case seriously at all. She has not made an effort to gather information and she failed to attend the first court hearing. The second is scheduled for December 2. If this situation is repeated from Mumbai Smiles, we will start the procedures to change the legal representative and guarantee that her case continues.

We will continue working alongside the victims to inform them and to make them feel fearless, as well as the security forces to train and raise awareness on this matter and to eradicate these responses that give rise to inequality, lack of protection and impunity. Above all, together with the citizens as a whole, because only in this way, together, we will be able to eradicate sexist violence.