A Story of Hope with a Tragic End

Sabina, a VHT and a mother to a 2 year old child and two daughters. One of her daughters is Mumbai Smiles beneficiary who studies in one of our preschools. Today, we feel sad to write about Sabina and her story which unfortunately ended very sadly. This is a story of hope with a tragic end.

Sabina was living with her partner and his mother. They both were addicted to drugs and used to get engaged in fights on a daily basis and it had become a norm for the other people living in the community around to be witness to their fights. One day when both Sabina and her partner were under heavy drug intake, they had a fight and her partner set her on fire. When the neighbours heard Sabina’s wild cry for help, they realised that something was terribly wrong, only to find out that Sabina had been set ablaze by her intoxicated partner. Sabina was immediately rushed to the hospital by the neighbours and her partner was arrested by the police.

Our team at Mumbai Smile immediately followed up with Sabina and helped her with the expenses for her treatment.  We also accumulated the funds required for a surgery advised by the doctor to cater to her 2nd degree burns thus helping her recover faster.

Things seemed to be on track for a while. However, Sabina was heavily addicted to the drugs and grew extremely restless on being banned from consuming any drugs while at the hospital. Thus, a restless and agitated Sabina forced the hospital authorities and got herself discharged from the hospital. After lot of enquiries and follow-up we got to know that she was being treated in one of Thane’s hospitals where she got operated for her leg burns.

While Sabina had eloped from her home, here a lady from her neighbourhood was taking care of her daughter who was enrolled in our preschool while Sabina’s mother-in-law took care of her 2 year old child.

After a successful surgery Sabina was doing fine at the hospital but she could not control her urge for drugs. She stopped responding to the treatment being offered and health was deteriorating. Suddenly one day things went wrong and Sabina left the world orphaning her baby and daughters leaving them to fend for themselves.

This sudden and tragic demise of Sabina was very unexpected for all of us. It was a major setback for all of us which left us all seeking answers to many pertinent questions. As a team, our  goal is not only to help our beneficiaries survive but to also see them healthy and safe with their families. At MSF we fight in order to make sure that detox for addictions are a part of the holistic intervention with VHT.  We are committed to help and support Rubina’s children and her family with their essential needs and wish for a better and meaningful future! 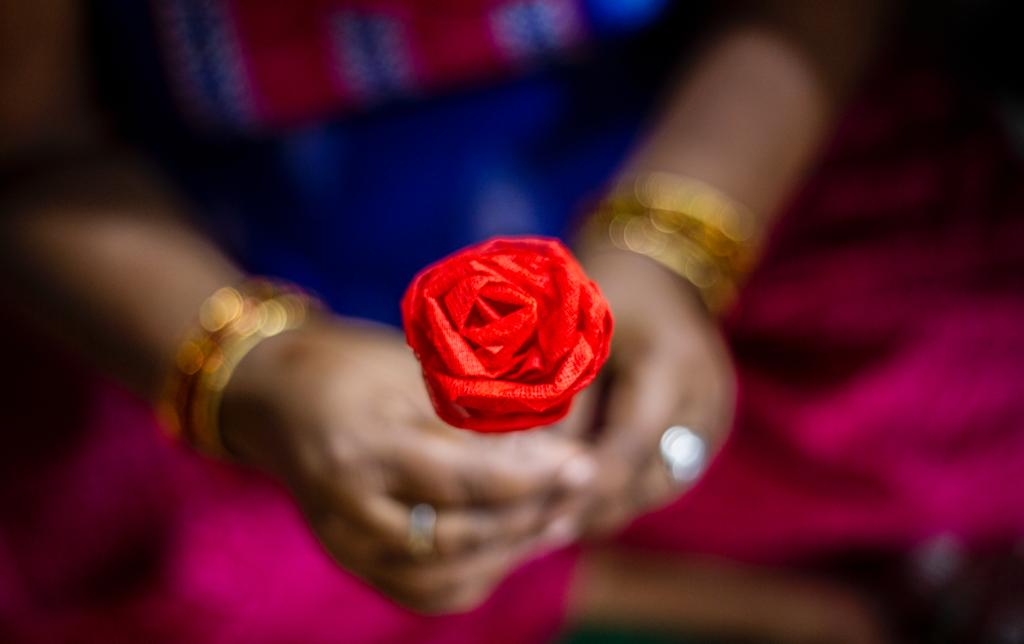