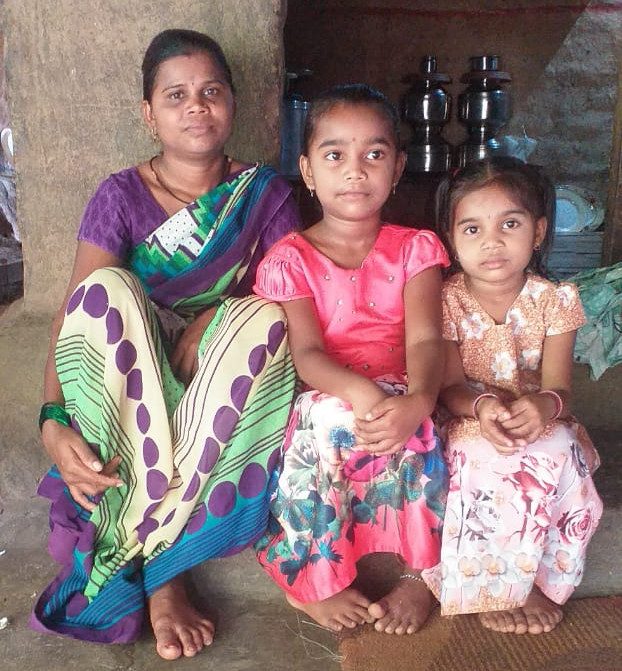 On the occasion of the International Day of the Girl Child we would like to share a story of Darshana and her parents, Vanita Hadal and Manoj Hadal.

Vanita and Manoj are beneficiaries of Mumbai Smiles and their younger daughter Darshana studies from our Array Colony, Prajapurpada preschool. Array colony comes under the jurisdiction of the protected forest zone where we still find  tribal habitat. Though they live in the centre of Mumbai city, the commercial centre of India, these families have managed to nurture their own world and often they are unaware of their basic human rights and responsibilities towards their children.

Darshana’s parents are one of those parents in our preschools who are not only focussed on taking care of their child’s education but also respect children and their individual rights.

Darshana’s family is as conservative as any other family in their community. Her mother is a homemaker and supports her family by doing household work at their neighbour’s house. Her father works as a peon with a bank. Both the parents could not take good education in their life but they have big dreams for both their daughters.

Vanita is not only a strong life partner but also a courageous mother. Being part of a conservative family, it was difficult for Vanita to stop having more kids after Darshana and to opt for sterilization operation. In the male dominant culture it was a big step that Vanita took but without her husband’s consent and support it wouldn’t have been easy. We are proud of both the parents to have shown understanding and performed their duty towards their daughters and thus, instead of trying more for a male child they took a decision to grow their daughters with equal love and respect that they would have showered on a male child.

When we come across such stories we feel proud about our work and we feel more respect for such families. We hope that both the girls would shine and may all their dreams come true.