Vitamin A is the right way 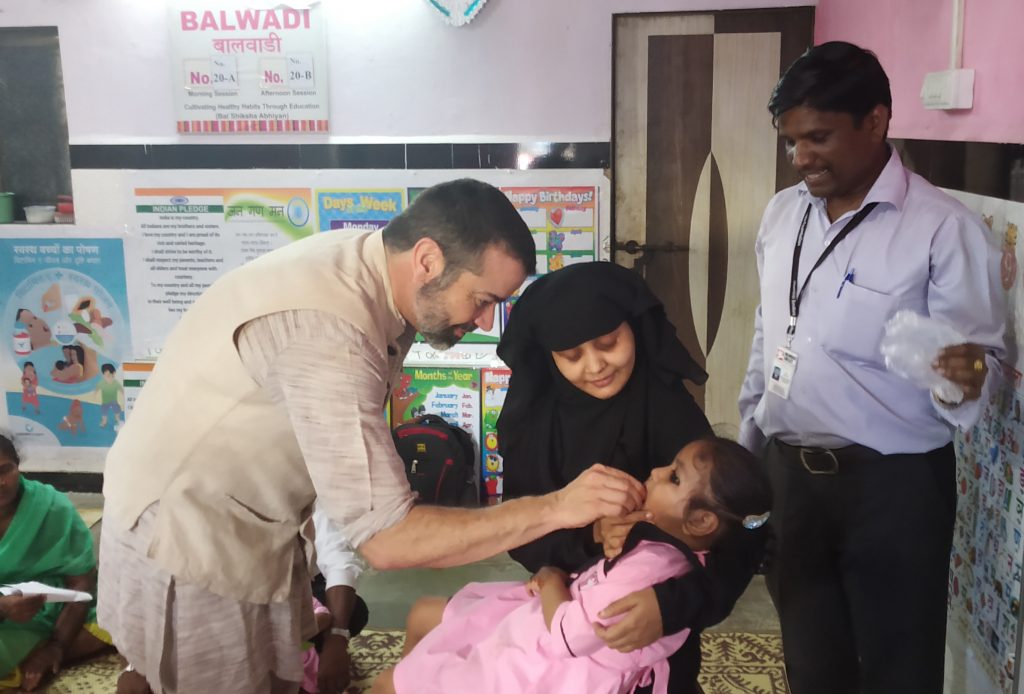 Meanwhile, stomach-induced infections caused by consuming contaminated food or water is another factor that affects the overall health of children living in below poverty line conditions.

Mumbai Smiles Foundation’s General Director Jaume Sanllorente attended one of the events at the newly-inaugurated preschool in Deonar.

Importance of Vitamin A:
Vitamin A Supplementation can help protect infant and child health because it can :

Improve child mortality
Increasing Chances of Survival when children in 6–59 months of age receive adequate amounts of vitamin A, they are considerably more likely to survive an infection. Their risk of dying from diarrhoea is reduced by about 28 per cent, while chance of survival rises by 28 per cent.

Reduce the Severity of Infections
Vitamin A plays a very important role in the immune system. It is critical in helping the body resist infection and disease. It also helps to decrease the severity and incidence of many childhood infections, such as diarrhoea (15%) and measles (50%).

Promoting Growth
Vitamin A is necessary for growth. Young children have a special need for vitamin A because they are growing rapidly. Pregnant women need vitamin A to help the growth of their unborn child. Women also need vitamin A after birth, to protect themselves and to help their growing infant.

Improving vision
Vitamin A is vital for the proper functioning of the eye. The transparent part of the eye, the cornea through which we see, is protected by vitamin A. If there is shortage of vitamin A, it may be difficult to see in dim light, a condition commonly called night blindness. A severe shortage of vitamin A may result in blindness. Vitamin A deficiency is the leading cause of preventable blindness in children.

Prevents anaemia
Vitamin A works to reduce anaemia by facilitating the transport and use of iron. Interventions that control vitamin A deficiency have the potential to help control anaemia induced by either under nutrition or infection.