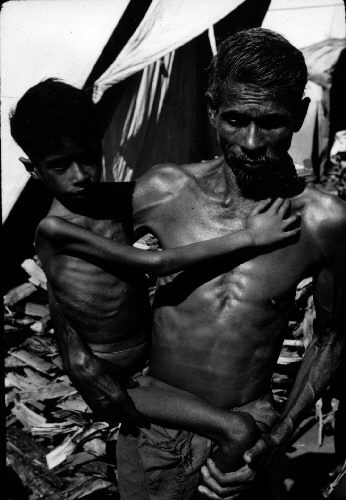 Grave yet underlined, the issue of malnutrition has plagued India for a long time now. With the monsoon in tow one does wonder the reasons for explicit rise in the death of children. According to the Health Minister, Dr. Deepak Sawant, sixteen children die every day in Mumbai. This was concluded in the monsoon session of the Assembly. The figure is shocking and horrifying in nature.

The government states the reason for this as spread of communicable diseases but health experts are not willing to buy that information. Their argument being; malnutrition first leads to low immunity which then develops into a disease. Although the specific areas where the deaths occurred were not mentioned in the Assembly, health experts believe them to be urban slums.

This appalling news just continues to further fuel Mumbai Smiles effort of providing not just education but also nutritious meals to the children through our ‘Balwadi Projects – Cultivating Healthy Habits through Education’. Efforts are being made in every sense to provide these kids with a healthy meal. Education is of extreme importance but without survival rate what does one do with education?  With good and sound health, learning becomes fun and not a task. There’s more pro activeness and complete attendance.

Malnutrition has become a dominant part of many underprivileged children. Meanwhile, we do notice measures being taken by Union Women and Child Welfare Minister, Maneka Gandhi who protested the ministry’s budget as it was cut down to half. Once approved the new proposal puts the budget at $2.24 billion. This additional bulk of funds are being planned to channel towards a child welfare scheme that will provide free food to 85 million children. Now, whether this happens or not, only time will tell. Until then, let’s try and work towards the betterment of children in every way we can, no matter how little.

One way you can help is by not wasting food. This is a major issue, we don’t realize the value of it, but ask the children or their parents and they will tell you the woes of their survival. Give the leftover food to your maid, or the morning cleaner, give it to a beggar but don’t waste it. Think twice before you dump that food down the garbage. Many are dying due to lack of that very food you just discarded. With Independence Day coming up, take a pledge, help in eradication of hunger and malnutrition. Not much is asked off of you. Just don’t waste. It’s that simple!