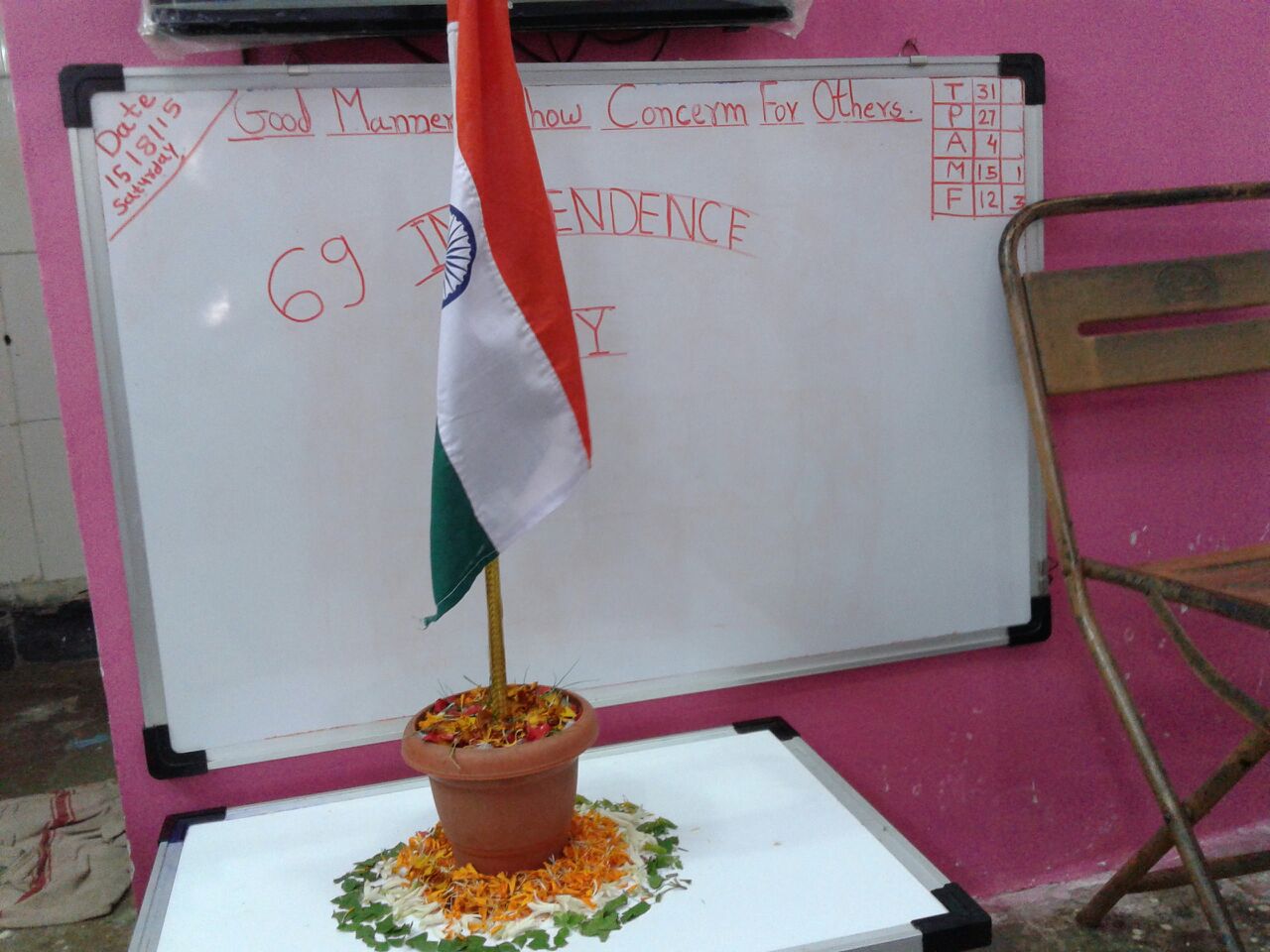 Independence Day, a day that marks the freedom of our nation; a day that brings a sense of pride when we notice how much we’ve accomplished; a day that reminds us of the grandiosity of our beautiful country, India. 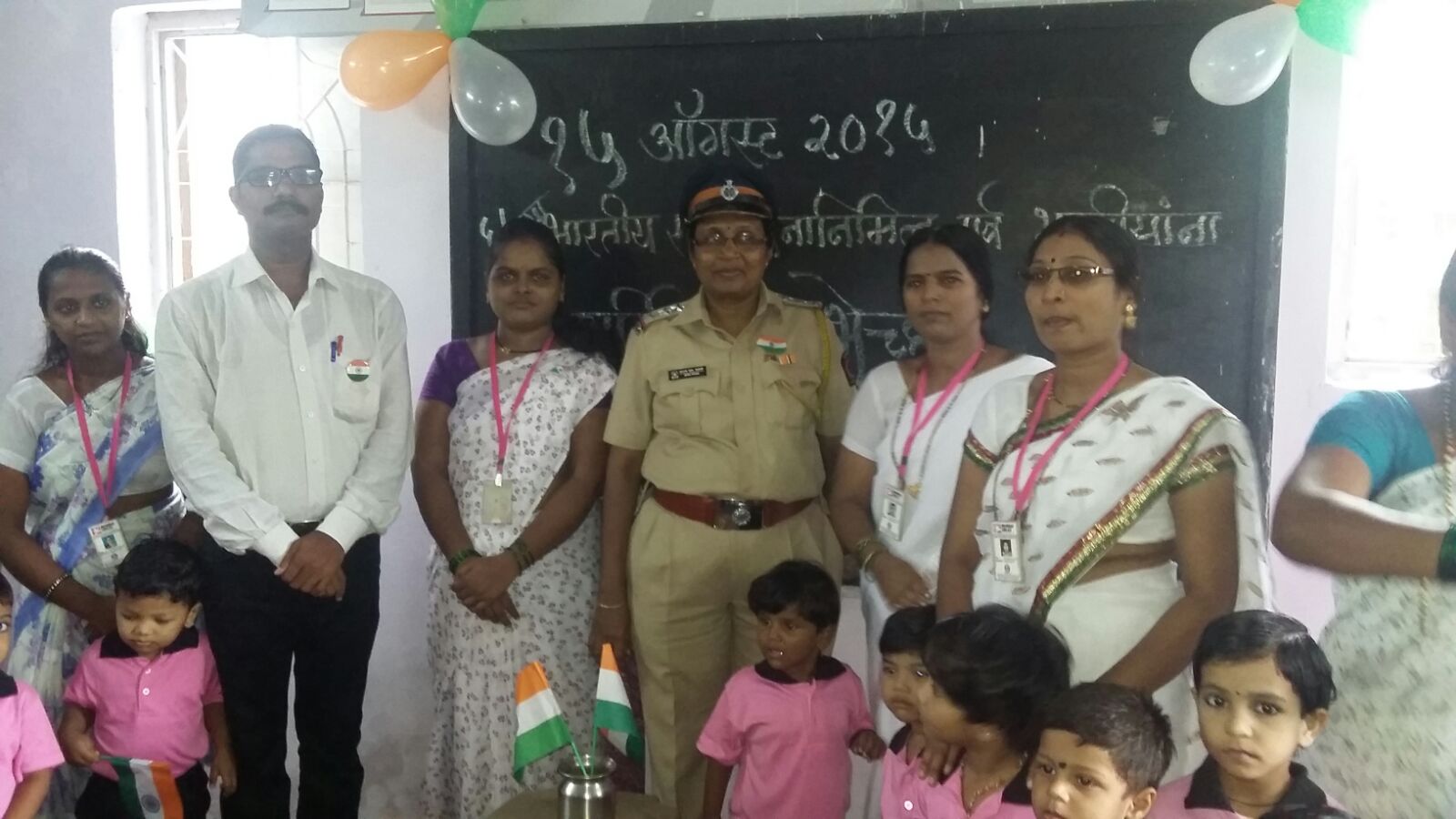 To mark the 69th year of Independent India, one of our partner schools, Samatha Vidhya Madir Primary and Secondary School, invited and extended a warm welcome to Mr.Narendra Kumar Dundu, Executive Director India, Mumbai Smiles as a Chief Guest. Located in one of the core slum areas of Andheri (East), the school was a host to school Trustees, the teachers, management staff and more than 1500 children.  The celebration was also attended by two of our Spanish visitors, Jokin and Andrea, who were thrilled and enamoured by the magnitude of patriotism in the air. 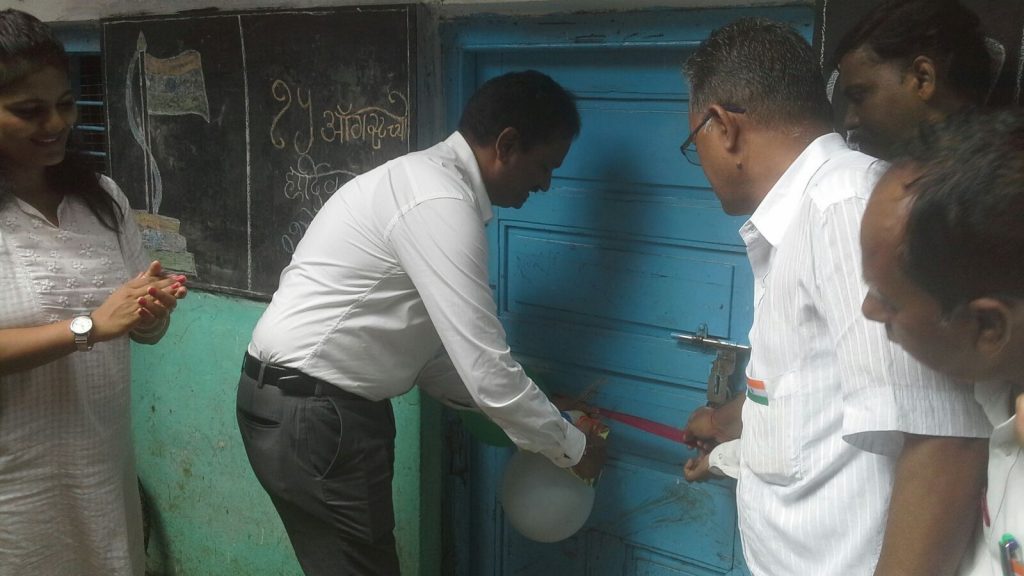 Inauguration of the Sports Room.

Another memory that marked this day was the inauguration of the new sports room within the school. The sport equipments were donated by the school alumnus which made this even more special. 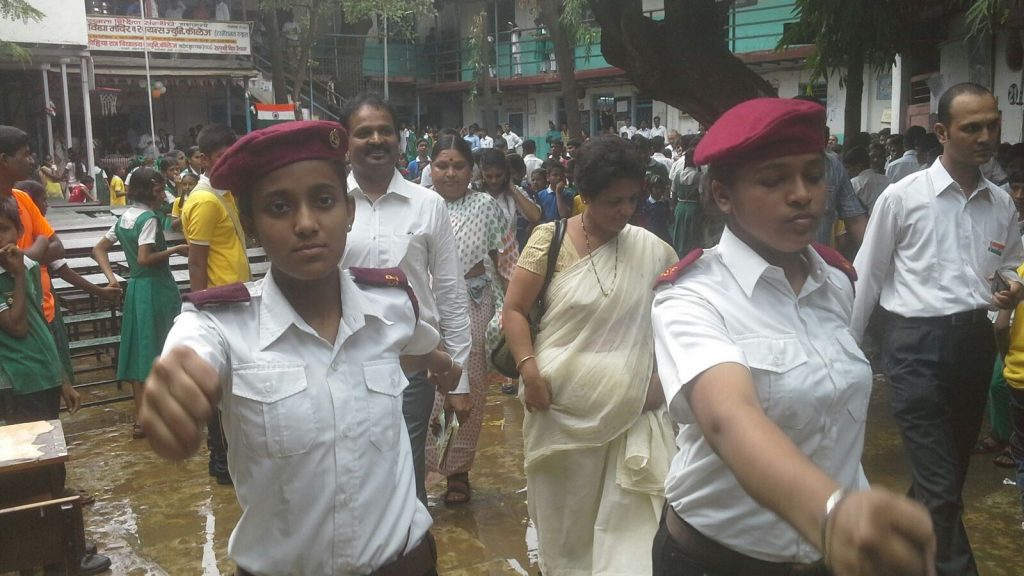 The celebration started off with a marvellous parade by the children acknowledging this huge day, that marked the freedom of India. This was followed by flag hoisting which was done by Mr.Narendra. Addressing the gathering, he said, “I am indeed very pleased to be here today. It’s an absolute honour to be present in your school to celebrate the 69th year of Independence.” He further went onto share his expertise and knowledge on the importance of education. Acknowledging the fact that everybody wants that perfect life—being internally happy; great job, kids, friends etc. he imparted wisdom of how one can achieve this. 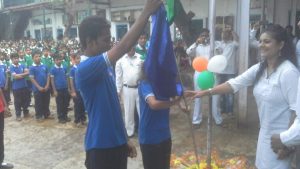 Furthermore, Sarvoparita, Unit Head Education & Development, Mumbai Smiles also came forward to speak to everyone present. Instilling the idea of how one kind gesture should form a chain reaction, hereby allowing its reach to spread its wings was the ideology backing her speech. The theme of the day highlighted on education being one of our core fundamentals which allows the growth of an individual to scale new heights. 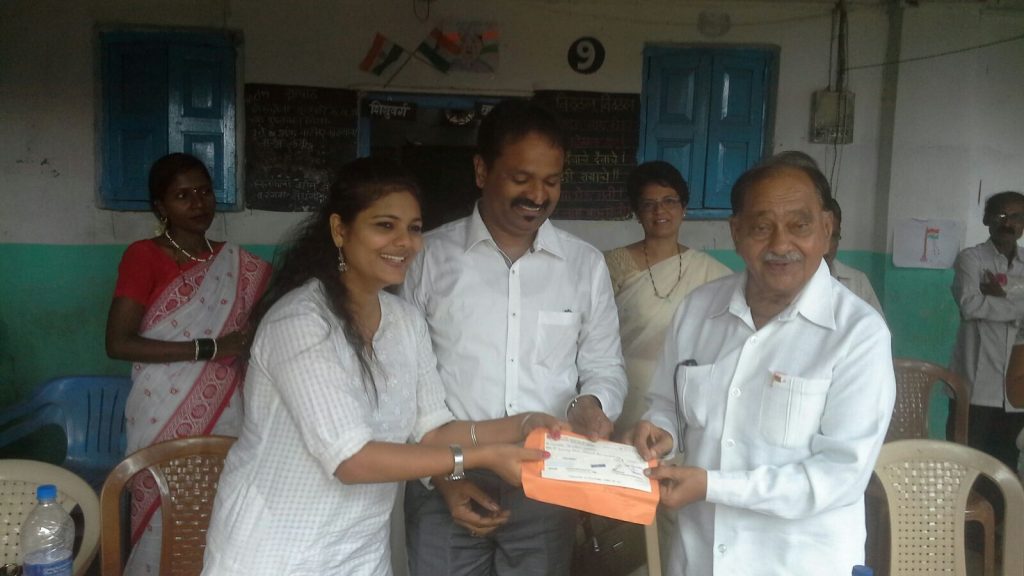 Post this; there was an adorable and captivating performance by the school children followed by scholarship distribution. Mr. Narendra Kumar, being the esteemed Chief Guest, handed out a cheque of Rs.75,000 to the school trustees that was awarded to 38 students for their achievements. Towards the end, he thanked the school management and trustees for their kind invitation and also motivated other kids to work harder and concentrate on their career goals. Once the festivities settled, Mr.Narendra and Sarvoparita spoke to the teachers giving an orientation on Mumbai Smiles and also motivating them in their incredible work. This occasion would be incomplete without the mention of Mr.Vipul, Field Coordinator, Mumbai Smiles, who helped in organising and coordinating the event. 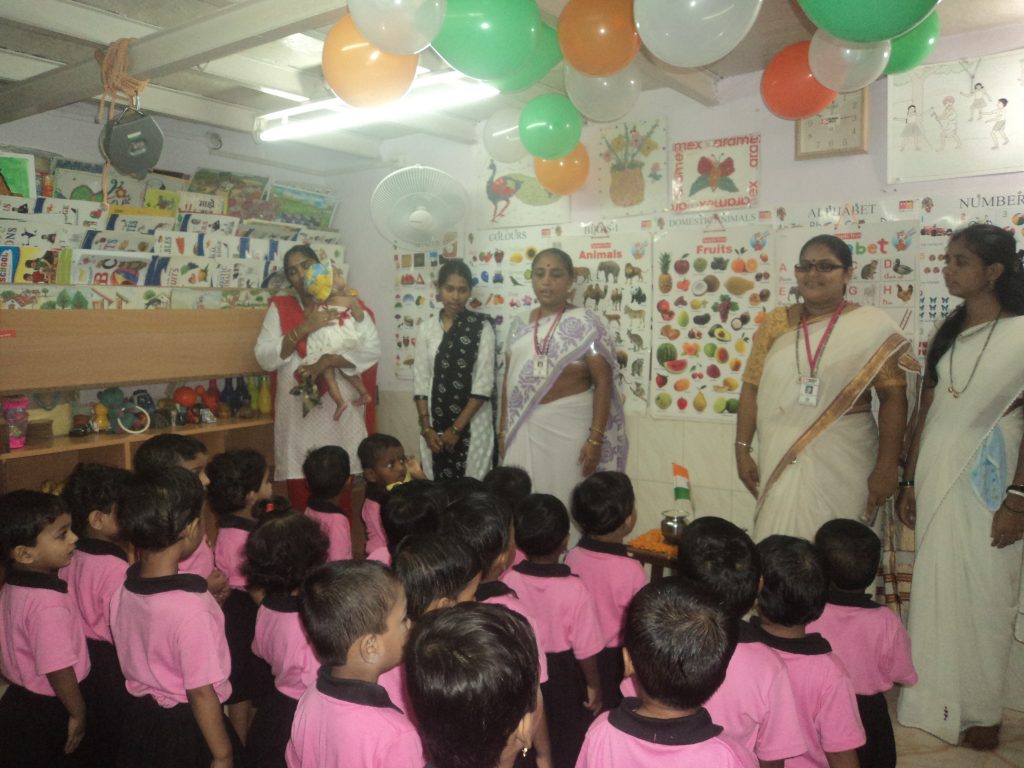 On this extremely special day, we also conducted another marvellous event at all of the 28 of our Balwadis. Organised by Mr.Vikas Gaikwad, Programme Officer Balwadis, Mumbai Smiles, the event incorporated a small get together in each of its Balwadis wherein a flag ceremony was conducted within its premises. Singing along the National Anthem were the teachers, children and parents who were all more than delighted to be present on this day. There were in total 750 children and 700 parents, all Balwadis combined. Each of the kid was given a gift which contained a drawing book and chocolates. It was a small token of a grand gesture. Also present were Cipla authorities, Ms. Bessy Felix, Ms. Amrita Thakur, Ms.Manjiri Karande and Mr.Somnath who came to gain feedback from the parents regarding the children’s nutritional supplement course. They admired the arrangement and were happy with the positive feedback from the parents, which made them too realise that their purpose was being met and honoured. 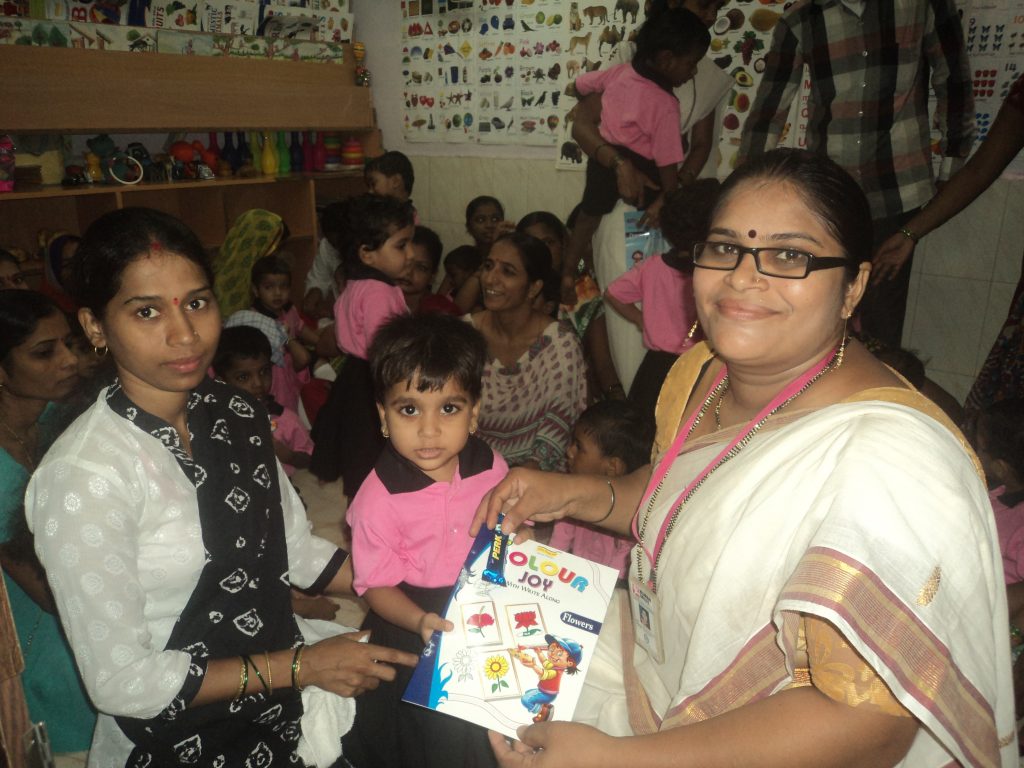 Keeping everything in mind, always remember that “Success is your birthright. It does not belong only to a few. It belongs to you and everybody else who thinks about it and fights towards achieving it.”