The orientation, which was the first step to starting the project, went well, as the kids seemed excited to get in touch with people living under very different conditions. The teachers of Fort Pius and Estatut as well as the ones in St. Rocks High School and Samta Vidyamandir, were 100% on board as they felt like the international exposure the kids would get would be a good addition to their education. Everything seemed to be moving into place, so it was time for the next step, which was letter writing!

First, the Indian students wrote to the Spanish ones, but they were a bit confused about what to write, so a few sample questions were developed. They included questions about their day-to-day life, as well as their food and their traditions. The students also included details about their own lives, such as how the school year was from June to March and how they had around 40 students per class and 12 computers in the entire school. Spanish students replied to these letters, introducing themselves and answering all the questions asked by the Indian students. They also pointed out how there were about 50 people in the entire school, and how they all had their own computer. The Spanish students had more questions for the Indian ones, so later that week they got to talk face to face, through a Skype call, which was an amazing experience for both of them. We will keep you updated for more information on how that went! 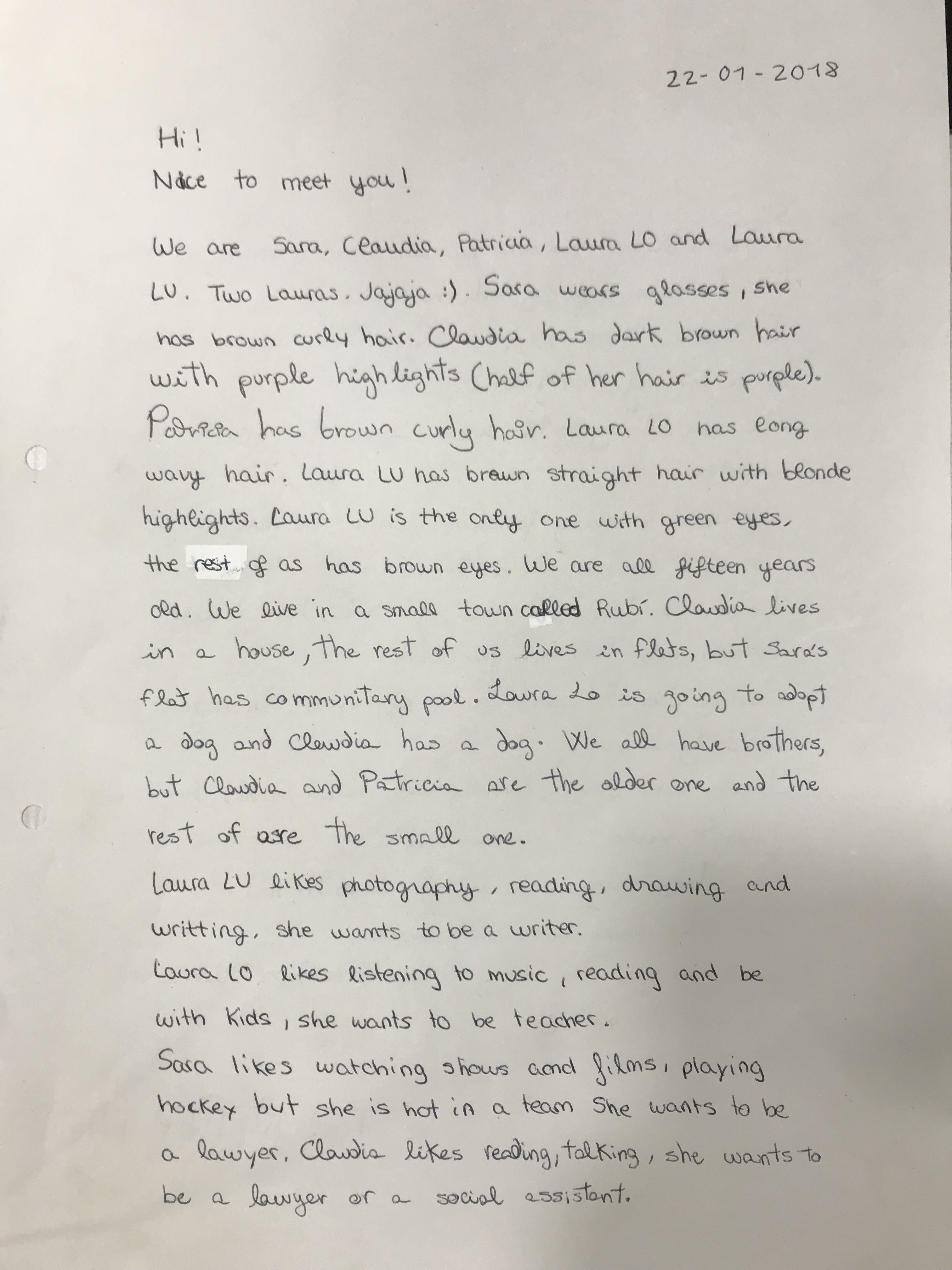 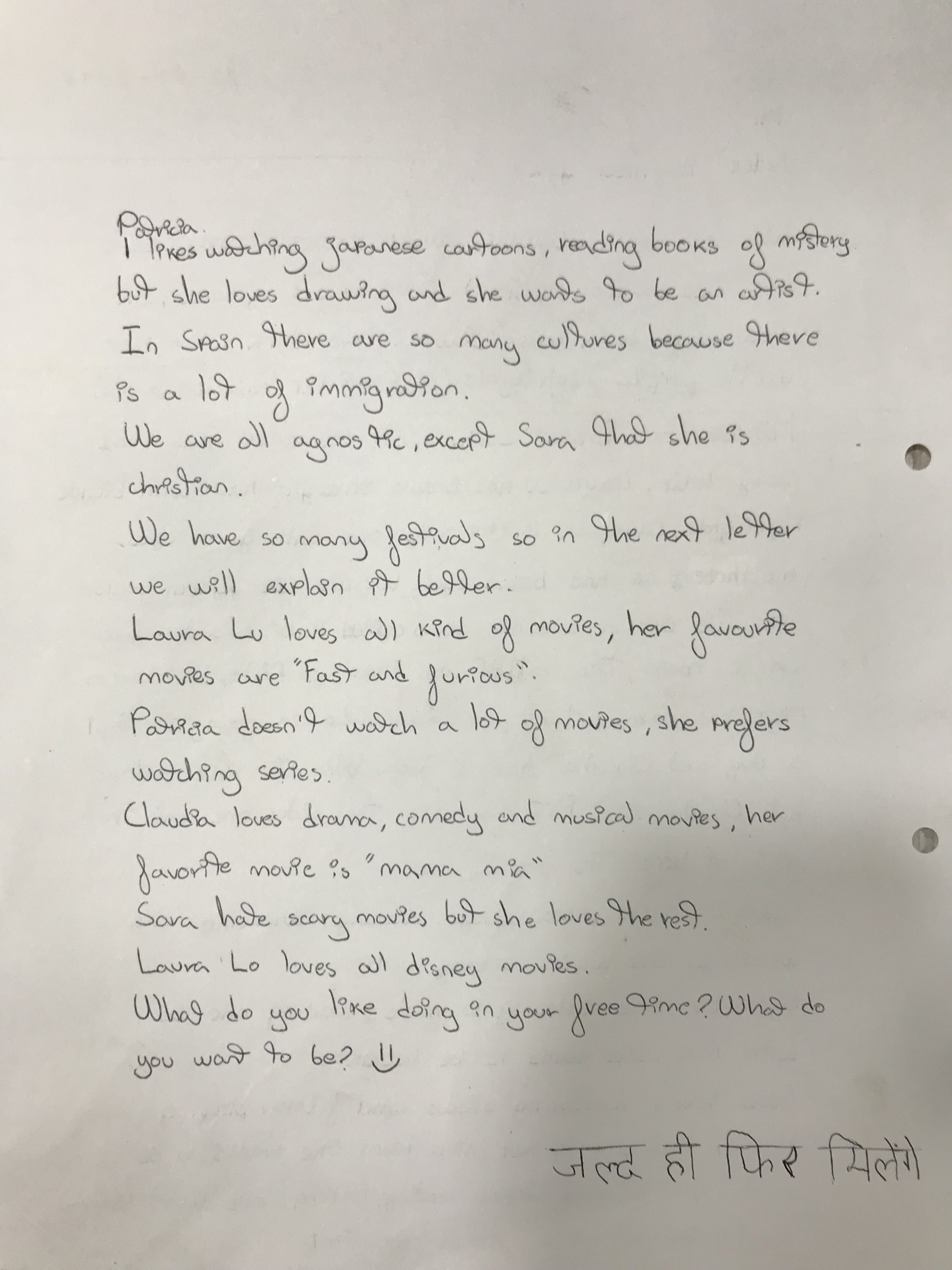 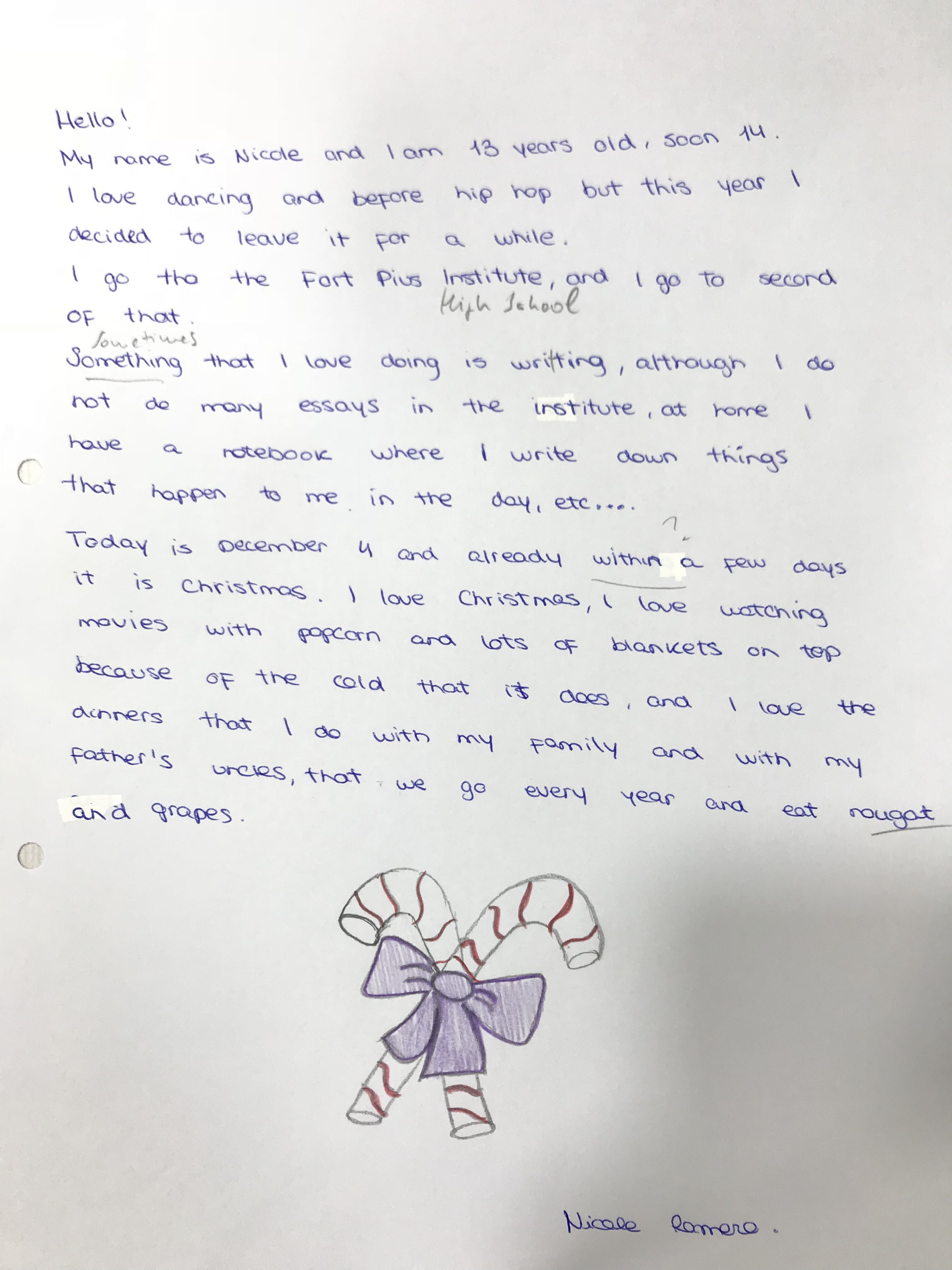